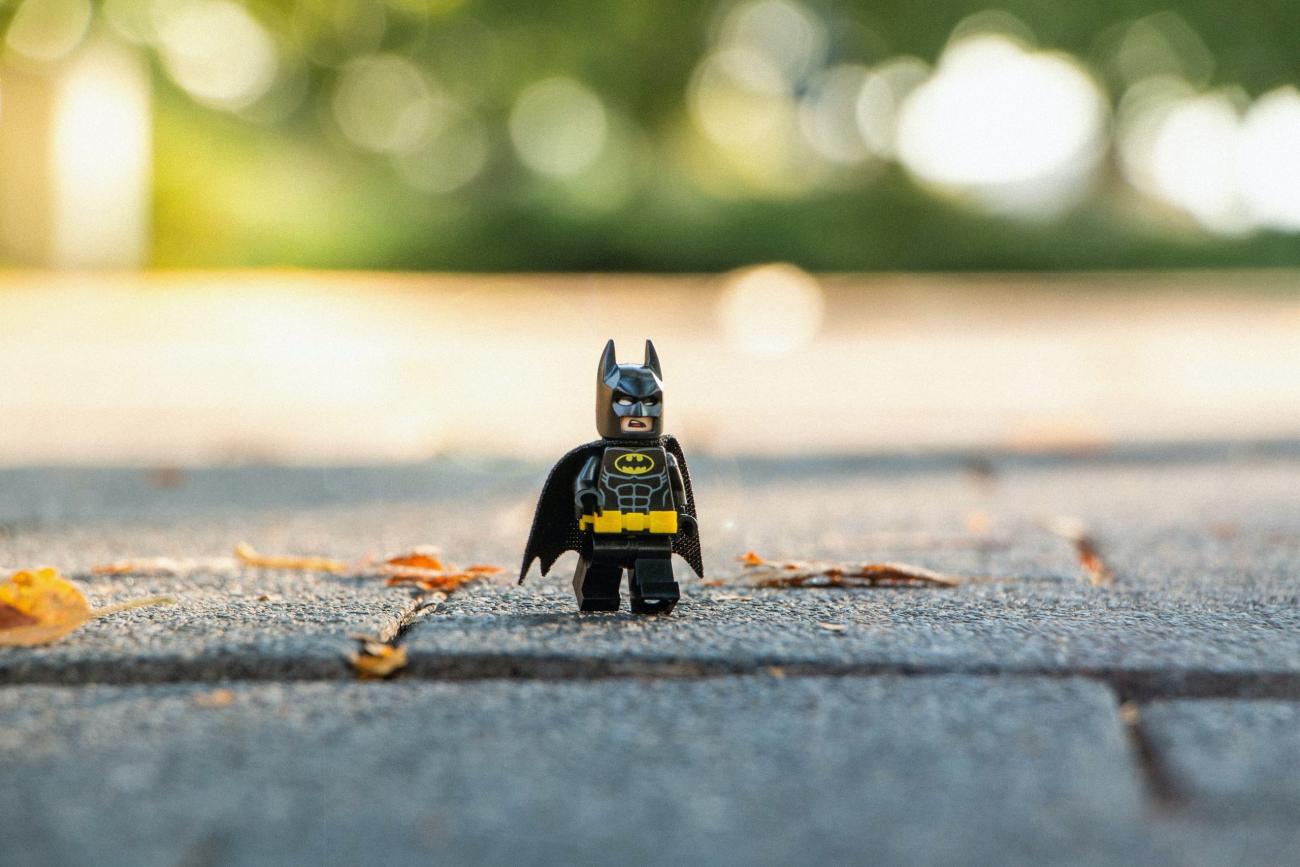 It’s provocative, and I know some people won’t like what I’m about to say, but I’m going to say it:

...Mindfulness doesn’t work for everyone.

Ok. I’ve put it out there. Mindfulness is the past decade’s biggest fad in Positive Psychology and wellbeing. And it’s great for those for whom it works. But.. it’s not for everyone.

So what if you’re not the kind of person who wants to breathe deep, focus on bodily sensations, and let those thoughts come and go? What if you’re a more “active” responder to stress, adversity, and challenge? What if you want to “do something”, and being mindful isn’t the something you have in mind?

Let me introduce you to “The Batman Effect”.

In a recent podcast conversation with Professor Ethan Kross, a University of Michigan researcher (whose PhD supervisor was Walter Mischel of the “Marshmallow Experiment” fame), he described a study he completed with several colleagues where a sample of 4 and 6-year-old children were invited to complete a boring task on a computer.

The children were instructed to work hard, keep at it as long as they could - and they were reminded the task was boring. And then, to test their commitment to the cause, the researchers informed the kids that they could take a break whenever they wanted to play a fun game on a tablet. This distraction opportunity is very important. You’ll see why in a moment.

The children were divided into three groups:

Group one - Researchers told them to ask themselves, "Am I working hard?" while they completed the task.

Group two - Researchers instructed these children to ask themselves, "Is ______ working hard?" (they filled in the blank with their own names). This creates some “self-distance” or “psychological distance” by talking to oneself in the third person.

Group three - Researchers told these children to pretend they were a favourite hard working character like Batman, Bob the Builder, or Dora the Explorer. They received a prop, like a cape, as a visual reminder to act like their character. And what they asked themselves was "Is Batman working hard?"

Rachel White, Ethan Kross, and their colleagues found that children who referred to themselves in the first-person did not enjoy the task. They took the most breaks, motivation was poor, as were results, and they essentially struggled to get through the task. The second group - those who referred to themselves in the third person - did a little better. But those with the most psychological distance from the task, the ‘Batman’ group, worked harder, took fewer breaks, and enjoyed the task more than the others!

Subsequent research by Kross and his colleagues has found that this idea of pretending to be Batman works for adults too.

It allows us to “self-distance” or “psychologically distance”. We step back from the situation and see it with less emotion, less passion. It reigns in that worry and stress and helps us to show additional restraint and discipline. Adopting an alter ego is a powerful way to step away from our immersion in a stressful or challenging moment and it allows us to respond the way that our alter ego might, rather than the way we are about to.

In practice, the stories are extraordinary:

Being Batman might not work for you. But here’s what I’ve found does:

The Batman effect is an active cognitive strategy that moves us forward with confidence as we stay in the stressful situation but with our alter-ego leading the charge. So long as we choose our alter-ego wisely (make sure it’s not Deadpool or the Hulk), we’ll usually find better ways forward then ever before.