My son is hurting people 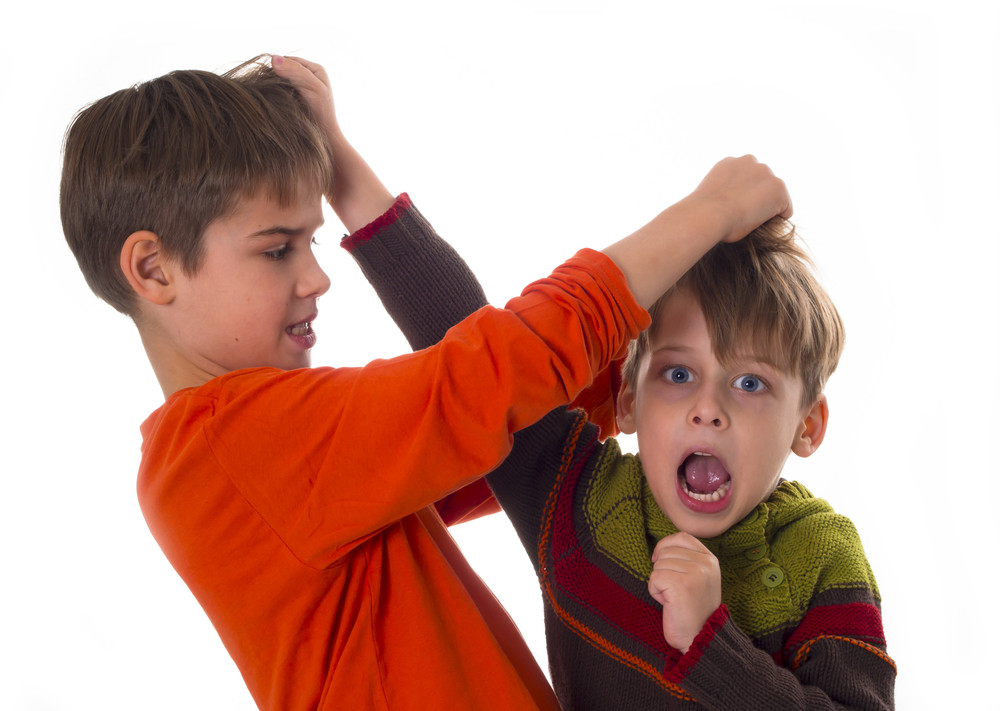 Can you please offer me advice on how to deal with lying, deliberately antagonistic behaviour and violent outbursts in my 5.5 year old son.

I use loss of certain privileges for a day (such as no icy pole after school, no computer or tv time), separation from the situation and time outs but the behaviours seem to be getting worse not better. He lies about everything, from did you brush your teeth/wash your hands for dinner to what was that you just threw on the roof?.

He is also very big on teasing his siblings, telling them they are naughty or stupid (I don’t tell him either of these, I say I do not like the way you are behaving) etc. I realise its probably mostly normal this behaviour but nothing I’m trying is working to stop it. Any advice you could offer would be greatly appreciated. Thank you for your time.

Hi O, I am concerned about your son’s behaviour. Throwing rocks at sibling’s heads, throwing furniture and having excessive tantrums does happen with some children of this age, but it’s not the ‘norm’. It interferes with regular functioning, impacts on wellbeing (his own and other’s) and isn’t what we see with most kids that age most of the time in similar circumstances.

What can you do?

With limited information in an email, I can only give you general advice. There may be any number of factors that could contribute to his challenging behaviour. My advice is based on an assumption that there are no significant mental health challenges in your home. For more specific advice, you would be best to see a psychologist.

Let’s deal with anger first, then take a look at lying, and what is going on developmentally. Then I’ll share some strategies you may find helpful.

Anger is learned and it is a habit

Your son has learned to be angry through any number of environmental influences. Maybe you or dad are easily angered? (You didn’t mention dad in the email so I’m making an assumption here.) Or he may have seen it modelled in media, the school yard or at a friend’s home. Or maybe he’s learned it himself by discovering he gets his way when he’s angry (or he gets your attention at least). One way or the other, he has learned that anger leads to attention and rewards so he has made it a habit.

I mentioned that challenging behaviour comes from unmet needs. There is not enough evidence in your email for me to understand why your son may be so angry, but I suspect that he is potentially afraid of something or sad about something – he has some needs that aren’t being met.

Kids lie. It’s infuriating. But it’s normal. They usually start lying from about age three and it continues up until the age of about 12 – the age one researcher has called the year of greatest deceit. Early lies are usually to avoid trouble or to share fantasies (like “I saw Santa Claus last night”). Deception is generally easy to spot in children under about age six to eight years, although lying gets harder to detect as children get older and develop greater cognitive sophistication. But let me emphasise again that as awful and annoying as it is, lying is pretty normal.

We often think that punishing our kids will teach them. But effective discipline is about teaching, not punishing. And the best teaching occurs when we have good, secure, trusting relationships with our kids. I’m going to just share a couple of ideas to work on for now.

First, in relation to lying:

Don’t ask what you already know the answer to. If you know he didn’t brush his teeth, don’t ask whether he has done it. Tell him what you are aware of. “You haven’t brushed your teeth (properly). Go and do it now please.” In so doing, you won’t be getting him in trouble for un-truths.

If he lies and says “I have”, ask him what the rules are about lying and invite him to tell the truth. It may also help to emphasise the positive outcomes of truth-telling.

Most important, make sure he sees you telling the truth in every situation – even when it’s hard. Kids hear us lie all day. We lie about how old they are so they can get into a movie cheap, or we lie about how we can’t talk because we’re running out the door. They don’t know the difference, so every lie your kids hear you tell teaches them that dishonesty is OK.

Second, in relation to anger:

Third, in relation to his opposition

Ask yourself what his unmet needs are. More than anything, try to see the world through his eyes. Then, as you identify them, look for ways that you can give him what he wants in ways that you feel good about. And if you can’t feel good about it, then explain it clearly, and help him understand by labelling his emotions and validating his feelings.

Your son’s outbursts and anger are certainly related to his temperament and development. But they’re also strongly related to the way he is parented. By understanding his needs and meeting them in appropriate ways, or setting limits and clear boundaries where you can’t meet them or when his behaviour is out of line, you will find that his behaviour will improve. It’s not always a quick process, but with discipline on your part, he will learn discipline as well.