3 Simple Tips for Managing Screen Time for the Whole Family 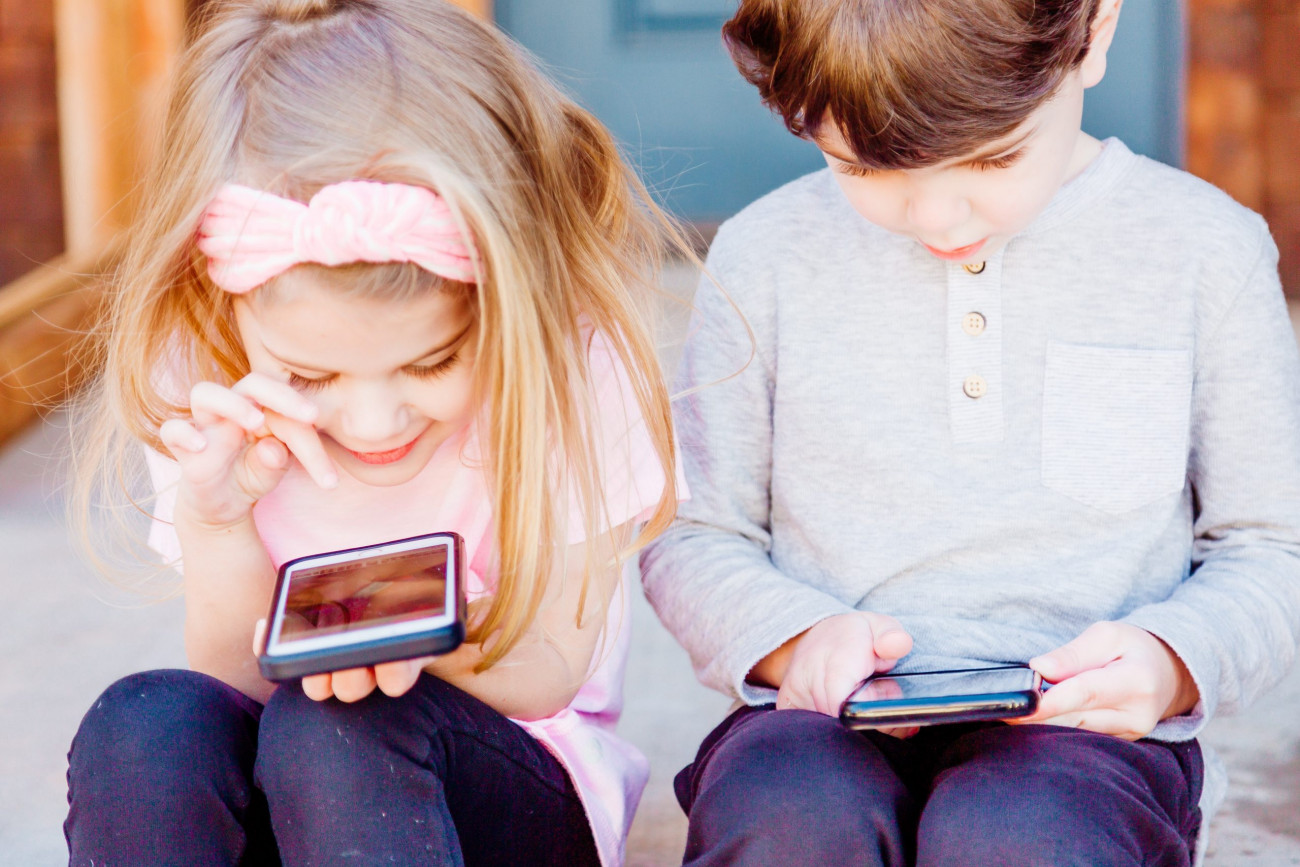 Have we all become slack-jawed zombies, staring blankly at our screens? According to research from around the globe, one of the most significant impacts of the coronavirus pandemic on parents and children (outside of the enormous and sad loss of life) is that screens are taking over! It may be the truth. But the news is not all bad. And the research may not apply to Australians the same way it does to others around the world.

The Journal of the American Academy of Child and Adolescent Psychiatry found that screen time has gone up markedly since the outbreak of COVID-19. I don’t think anyone would be surprised by this. A pandemic that leads to shutdowns forcing school at home for students and working at home for adults doesn’t leave too many options outside of using screens more, and there are negative outcomes associated with that increase.

The researchers stated, “screen time can be distracting or impersonal for certain children, especially those with learning disabilities. [It]… may also negatively impact… eye strain, unhealthy eating habits, and poor sleep hygiene.” None of this is really new. It’s just that it’s happening at unprecedented levels.

However, their review of the COVID-19 “screen time” literature also emphasised positives: “maintaining social support has been made significantly easier by the widespread usage of cell phones and computers for social media, video gaming, and messaging. There has also been a wide dissemination of mental health services and public health information over popular youth platforms such as WeChat and TikTok.”

In a more recent study, published in Nature at the end of 2020, German researchers studied 1,711 children aged from 4-17 years both before and during the strictest period of time in Germany’s lockdown. They found a decline in “sports” activity in concert with an increase in screen time. Again, no surprise. But… physical activity went up. Children found ways to be active even while using screens more. To be clear, they had less “sport” activity but more physical activity in spite of extra screen time.

And while Australia has not escaped unscathed, the relatively low incidence of coronavirus in the community has meant that, with the exception of Melbourne’s 100+ day lockdown, most children and adults have been able to live a relatively normal life compared to much of the rest of the world. Screen usage has increased here, but not in the same way that it has in the USA and European nations.

Anecdotally (for Australia) and empirically (for the USA and Europe), however, two major trends have occurred through the pandemic.

Parents are Stressed About Two Things

This presents a concern. Remember the slack-jawed zombie suggestion I made at the beginning of the article? Well… it’s a thing. I’m hearing from parents who are telling me one of two things:

First, their children don’t want to get off their Switch, or their iPad, or their x-box, or their phone. It’s always on, and they’re always on it. It’s how they do their learning, their socialising, their playing… their everything. And the reality is that parents have loosened the reins, allowing extra time and extra leniency (such as younger children watching more Netflix or playing first-person shooter games).

Second, they (the parents themselves) are so distracted by their own screens that they know they’re not present for their families. This takes a toll on them because they’re stressed, they know they’re not doing what matters most (spending time with their children), and they are mad at themselves for it. And yet, the urge to check the email, read the news, or scroll social media is so strong that the device ends up in their hands at bizarre times for no good reason over and over again, exacerbating those uncomfortable feelings – but never quite enough to put that screen away!

To help you counter these challenges, I recommend these three ideas:

1. Remember That Not All Screen Time Is Created Equal

The conversation about “screen-time” is at the beating heart of so much conflict in our homes, but the screen time conversation is unhelpful and outdated. It’s time we drove a stake through that heart.

“Say we were interested in measuring the relationship between eating and obesity, or exercise and fitness, we wouldn't give people a food-time questionnaire – 'In the last day, in the last week, in the last month, in the last year, how much time did you spend eating?' – and then try to correlate that to some other outcome we care about. Yet that's what has been done from about around 1976 until whatever the latest most scary headline you read about screens was.”

Clever research from various universities around the world (including this study , and this one , and this BIG study ) has demonstrated that, while screen time can be problematic at the extremes (more than, say 5-6 hours per day for children), it’s more about what type rather than how much screen time our children experience.

Screen time that is passive and revolving around consumption is the equivalent of eating digital junk food (games, movies, social media). A little can be fun. Too much may be concerning when it comes to wellbeing. You’ve probably had the feeling like a digital hangover if you watch too much Netflix or spend too much time gaming. You just want to get out of the room, be active, do something!

Screen time that is active and revolving around connection and creation is likely to be good for mental health. It’s positive! It’s constructive!

This is the conversation that should be guiding our decisions, and not some arbitrary number that experts have come up with based on essentially no credible research from anywhere in the world.

A quick muddying of the waters: games, movies, and social media are my examples of passive consumption. Let’s be clear, though, that games and social media can also be highly active and based around connection and creation. It all depends on what you’re doing!

If your children’s screen usage (or yours) is habitual, unintentional, passive, consumption focused on brain-dead “zombie” time, it’s probably not helpful. It’s likely to be displacing time spent on:

This can be associated with poor health. The answer is simple. Start living intentionally and encourage your children to do the same. We do that by developing boundaries. The following are some examples of boundaries we have in our home, or have observed in other families. None must be adopted by your family. The important point here is to be intentional about your activities, regardless of whether they involve screens or not.

But don’t – I can’t say it clearly enough: DON’T!!! – make these rules unilaterally. If your children are young, sure, go for it. But once those children are older than about eight, focus heavily on the third key, below.

If you want to create limits around screen usage (not screen time) – and I think it’s a worthy decision to do so – it’s so important that you do it with and not to your children.

It’s easy to understand how to do this, but hard to actually do it in practice. Here are the steps:

First, explore why screens matter so much to your child. Understand how she wants to use those screens, where, when, and why. Let them know you want to understand so you can discover what is working with screens, and so you don’t destroy their happiness with unfair rules. This is called the Explore stage of limit setting.

Second, explain why you’re concerned. Provide your child with an explanation for your decision to determine guidelines around how screens are used. They hate it when we impose rules, but when a rationale is explained, they’re usually more likely to consider it as reasonable.

Third, empower them to develop boundaries with you; boundaries that feel reasonable to everyone. The trick here is to avoid controlling language like “should”, “have to”, “must”. We want our children to feel like they have a voice, and by doing so, there will be more buy in. But… they’ll only feel empowered if they know we heard their preferences and the also understand our concerns.

Are Screens Really That Bad?

Some scholars argue that screens really are the enemy. This is hyperbole. There are some potentially negative outcomes to too much screen usage, particularly at times that should be reserved for being together, connecting, looking in one another’s eyes. But they’re here to stay and our job is to learn to use them wisely.

In 2002, the author Douglas Adams proposed a set of rules that describe our reactions to technologies:

The thing is, these devices are just tools. They don’t need our attention like people do, yet some of us (and our children) give screens more attention than the more precious others in our lives. If we can use them for the good they offer, be intentional about our usage, and communicate clearly with our children about their usage, we’re going to be ok.