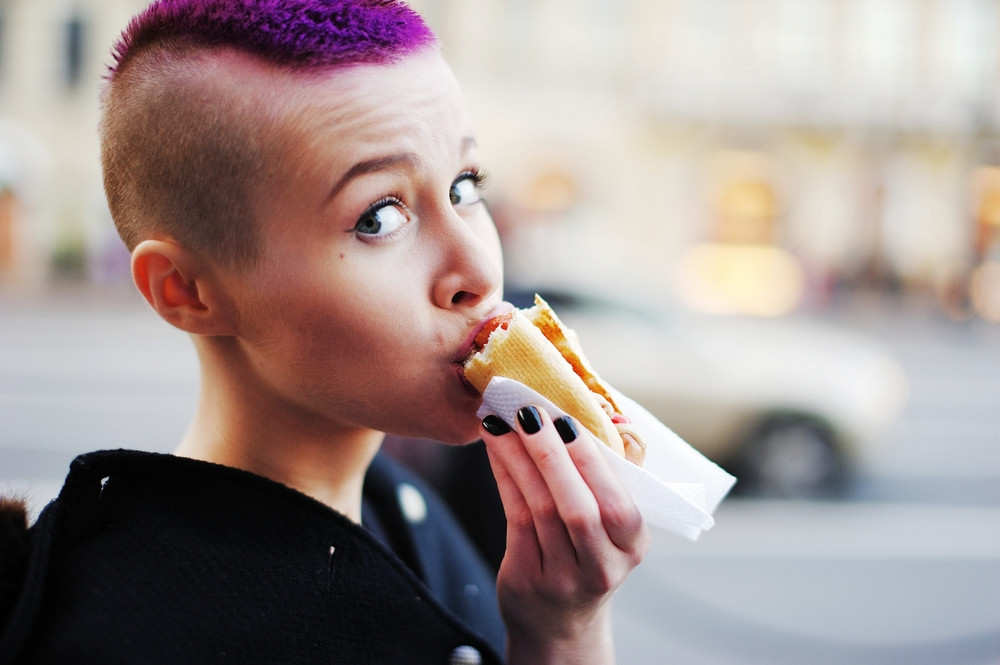 This has been the cry of the vast majority of adolescents for decades as they have tried to figure out who they are and what they’re about.

Parent’s responses have ranged from

“Over my dead body”,

and everything in between as we’ve tried to guide our children to responsible adulthood.

Piercings, hair-dye, shaved heads, noisy music, and a range of other attempts at self expression drive us mad!

From around the age of 14 our adolescents usually begin a challenging process of constructing an identity – that is, working out who they are and what they stand for. And while it’s terribly trying for us, as their parents, it’s perhaps even more difficult for our kids.

Self-expression and identity exploration usually get non-conformist in one of two ways.

First, our teens, who were once well-adjusted, thriving kids:

These types of behaviour, especially if combined, require intervention. You may have some success talking with your child and the school. But often additional help may be needed.

The second way that self-expression can get non-comformist is that our teens will “try on” an identity that we feel terribly uncomfortable with. It might be Goth black, or death-metal punk. It may be the misogynistic, crudely-laced rap/hip-hop music. Or it might be crazy hair and piercings.

As our teens develop their identity, it can be hard to know whether to intervene, or give them space. Your family values and circumstances will dictate whether intervention is necessary. But remember, saying “no” to a teen who is asking “Who am I” can provoke strong resistance.

A fairly general rule is to intervene fast if your child is struggling with the first issue (school disengagement, bullying, drugs, theft, early sexual experimentation).

If your child is getting ugly hair and listening to ugly music, you might find that what works best is to set some basic limits (to protect younger siblings, for example), and give them some space.

But remember, there are some laws in Australia regarding how expressive our teens are allowed to be.

There are, unfortunately, no laws dictating what teens can do to their hair. Some hairstyles may look like crimes against humanity. You’ll cringe, the grandparents will gasp, but the hair will grow back. And if you don’t make too big a deal about things, the kids will grow out of it.

(Of course, stating an expectation is a perfectly necessary and responsible thing for a parent to do, and you should – but then let it go. Stating it every time you look at your child will only make your child feel hated, and she’ll loathe you in return.)

Piercings: Each state has a variation on this basic law: No one under 16 years may have piercings without parental permission. This includes everything from ears to tongues, noses, eyebrows, and other non-intimate areas. (Ear stretchings are illegal prior to 18.)

If a teenager wants a piercing in an intimate area, they’ll have to wait until they’re 18 years old. Nipples and genitalia are off limits, even with parental permission.

Tattoos are illegal without parental permission prior to age 18. Parents can permit their adolescents to be tattooed if under 18, but there are some laws that dictate what is and is not allowed. The same goes for scarification, branding, and beading.

Without question, your relationship with your teen will be the biggest protective factor in their identity development and their ongoing wellbeing. Keep your relationship positive, regardless of how hard that may be.

Remember that teenagers love to argue. It’s how they sharpen their developing cognitive skills (and build their identity – based on opposition to what you think).

Let your teen think through why having purple hair is ok, or why multiple piercings should be allowed without permission from parents, or how legalising heroin injecting rooms is a good idea, or why hooking up is totally cool. Often your teen will give you an answer he doesn’t agree with to save face, but in so doing, he’ll talk himself out of his crazy ideas.

Make sure your adolescents know what your expectations are.

Our teens are relying on us to love them at their most unlovable.

Most teens will do some stuff that drives us crazy. It might be dumb. It may make us gulp. There’s no question that we’d rather they not do that! But for the most part, it’s inevitable.

Identity development can be messy business. It’s irritating, often unattractive, and provocative. But it’s a necessary step in our children’s development – and it only lasts a short while. And ultimately, it is our relationship that offers protection, acceptance, and love, that will be the foundation that they return to, and ultimately build their identity on.structure.)