What do you get when you cross a toddler with an iPad? 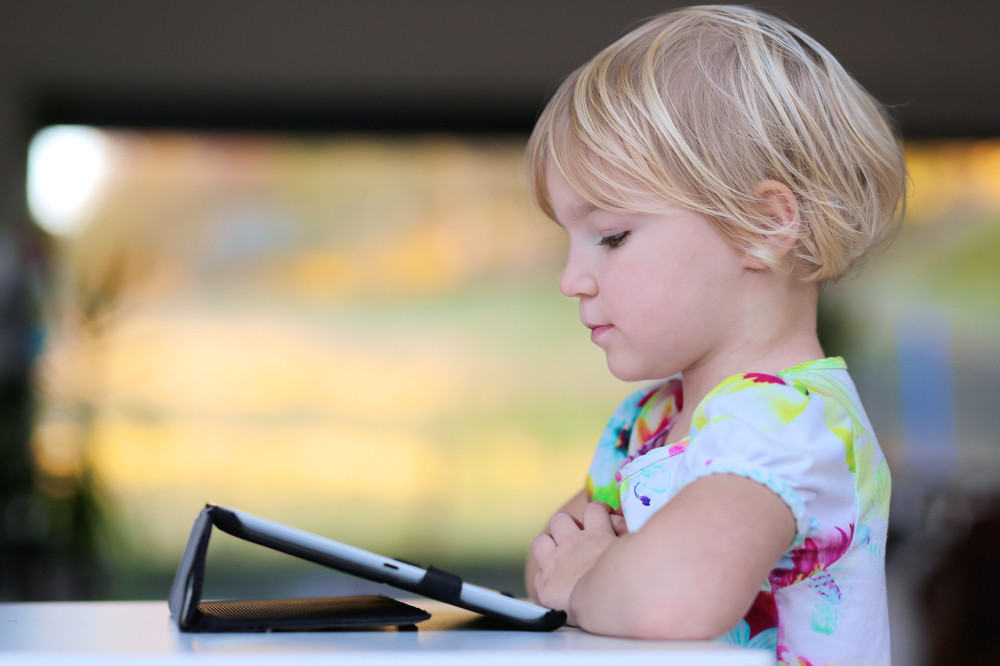 According to the AVG Digital Skills study (2010) Australian children lead the world in their capabilities with digital devices. Two thirds of Aussie kids aged 2-5 know how to use their parents’ tablets or phones to play a game. Nearly three times as many Australian children aged 2-5 years (30%) can operate at least one smart phone app compared to Japanese children (11%).

While most small children can’t swim, tie their shoelaces, or make breakfast unaided, they know how to turn on computers, navigate with a mouse, play a computer game and increasingly – operate their parents’ smartphones. (These data are three years old – I suspect our numbers are now far higher.)

What do you get when you cross a toddler with an iPad?

Ask parents whether infants and toddlers should be playing with iPads and other devices and opinions fly thick and fast. Responses are predictable:

A small percentage of parents say “No Way” and decry the evils of technology while they usher their children into the fresh air and sunshine to play on the grass.

A large percentage of parents say “Ok – but only if it’s educational.” And they hand the kids the ipad every time they enter a doctor’s surgery or shopping centre, go for a drive more than 3.2 minutes, or start chores.

And many parents shrug their shoulders, hand over the device, and say, “It’s part of their world. We might as well help them get used to it.”

I’m yet to meet any researcher or child development expert who is anti-technology. The world has changed and we need to change with it. But when it comes to kids and technology, caution is warranted.

We are lacking evidence related to how kids’ use of technology impacts on them in the short, medium, or long term. There hasn’t been time to run properly controlled studies, publish them, replicate them, and go through the scientific process appropriately.

Based on the evidence we do have, there are good reasons to think twice before handing a toddler a device

Additionally, devices may affect speech and language development. Parents are busier, more distracted, and may be spending less time with children – particularly in one-on-one communication. Speech pathologists I’ve spoken to suggest that children are speaking at slower rates, older ages, and presenting more frequently with difficulties.

Is any screen time ok?

In the absence of evidence my recommendation is that we treat devices as ‘screens’ and go with the general ‘screen-time’ guidelines that most experts agree on:

Kids under two years should have NO interaction with screens or devices.

Kids between around 2-6 should have no more than 30 minutes of screen/device time per day.

Kids up to around 12 should have no more than 60 minutes per day. And teens… well, good luck! They’re going to be all over it, but limits still should apply – ideally no more than 2 hours per day. (Same goes for parents – seriously.)

The touch-screen generation is literally having its brain rewired. They see our example, they play with our ‘toys’, and their brains are changing – arguably for the worse.

I’m not anti-technology. I love it to be honest. I’m not sure I can live without it. It’s how I work, communicate, and even relax from time to time.

But I am pro-positivity, wellbeing, and balance. I’m pro-activity, creativity, and connection. These things can be found in some measure online. But they’re best experienced and developed in the real world.