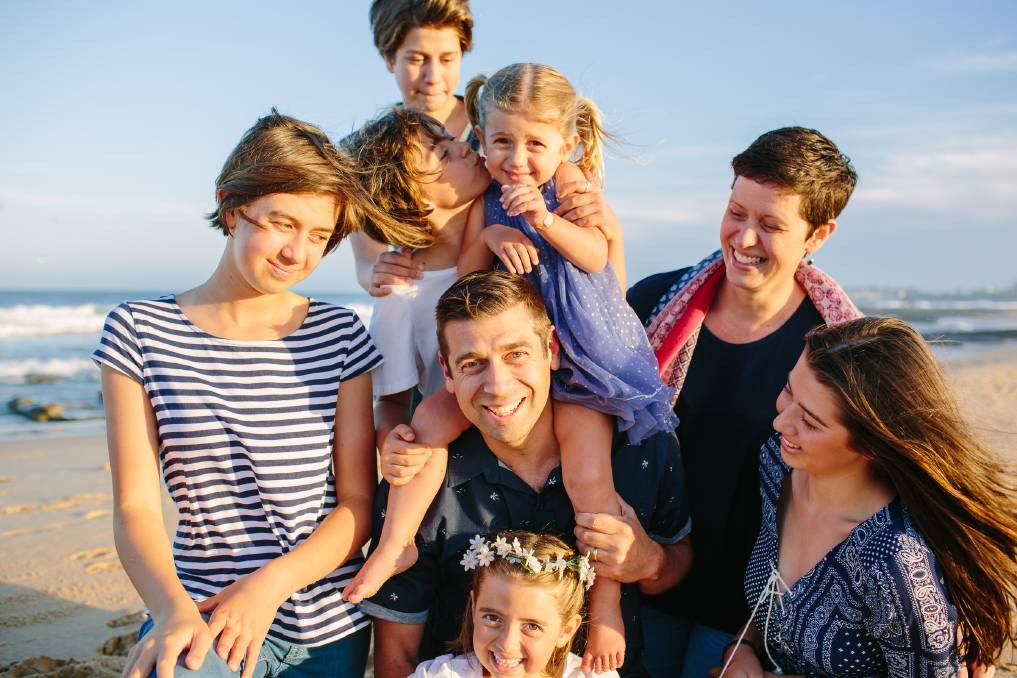 In my previous newsletter I mentioned a book that I had recently read called Atomic Habits, by James Clear. The book was very, very good. And it inspired me to improve my habits, develop and refine my current systems, and be more focused and productive in order to reach my goals.

On Clear’s blog he described the value of writing an annual review and making it (potentially) public. An annual review is something I’ve done consistently over the years, but while I’ve often thought to make it public, I haven’t done so previously. But this year I’ve shifted.

I feel as though there’s some value in the ‘expert’ being transparent. It’s an opportunity to let you look ‘under the hood’, so to speak, and see what’s going on in the life of the guy who talks the talk. Am I really walking the walk?

In my weekly family meeting with the kids, and in my weekly couples meeting (and quarterly getaway) with Kylie we discuss three central questions:

So that’s the format I’ll be using here for my annual review. (You’ll note that this is essentially identical to the format used by Clear. Great minds think alike?)

I recognise that for some people this might look like it’s an exercise in vanity. Maybe this is just an appearance management thing? I confess that it’s hard to talk about what went well because of that concern. Nevertheless, I want to be clear that I’m not bragging and I have no desire to overshare.

Similarly, when I share what didn’t go well I’m going to be honest even if it’s to prove that this is not an exercise in putting myself on a pedestal. Family life is tough and I’m not going to shy away from my mistakes. I want you to know that I’ve got real skin in this game. I’m not just a talking head. I’m genuinely at the coalface and getting it wrong as much as I get it right.

One last point… this is me. Not you. I’m not trying to tell you to be more like me, to change what you’re doing, or to make your life like mine. Nor am I suggesting your family should be like mine. It’s simply an accountability game I play, and this time I’m making it public.

10 Things Every Parent Needs to Know

My 3 rd  book with Harper Collins (and my 4 th  book overall) was published this year. The book has been really popular and has helped thousands and thousands of families. I’m regularly receiving thank you emails from people who have been helped by what’s in there. And it’s without question my best thinking on parenting thus far. I’m really proud of it.

I've been published in The New York Times

In 2018 The New York Times published two pieces that I’ve written: the first one was about making mornings magic, and the second was arguing against the statement “I turned out fine”. Both of them were very popular, with the latter being reposted by The Gottman Institute! (Fanboy moment.)

My speaking business continues to build and in 2018 I delivered more talks than any year previous. This year I delivered 134 talks at 100 different venues. Audiences ranged from 40 through to 2000 people at a time. The average audience size was probably around 150 people, so if we tally that up I probably spoke face to face with around 20 000 people this year.

My currency is influence. My goal is to reach as many people as possible to help make their families happier. And this year has been my best year ever in relation to reach and influence.

In addition to being published in the The New York Times, my Facebook following exploded (mostly as a result of one viral video that I’ll discuss in the next section) from around 18, 000 followers in January to 60, 000 followers on December 31. My other socials don’t get so much focus from me but Instagram has exploded from about 300 followers to 4052 followers, and Twitter (which I’ve basically stopped using) and LinkedIn are both way up too.

And I’ve been on the TODAY show very regularly (as well as most of the other major TV shows), my weekly column continues in major newspapers across Australia, and my radio appearances continue too.

What I treasure most about reaching people is the feedback from those I’ve helped. I’ve been overwhelmed with the incredible emails I’ve received this year from different people who have been helped and whose lives have improved because of what I’ve written.

My talk at the Commonwealth Bank conference, Wired for Wonder, about leadership lessons gained from parenting was edited and posted by Goalcast on Facebook. While I don’t receive revenue, my currency is influence… and boy oh boy did that video influence some people. At time of writing it’s been viewed over 38 million times! This has blown my mind. It was clearly something that resonated with the world, and I’m eager to continue to reach more people like that.

My team is expanding

In 2017 I hired Stacey to be my business manager. That has been revolutionary. In 2018 we hired two more people, Evelynne who’s in charge of admin, design, and my program; and Jazmin, who assists in the office with Ev to increase our capacity and help me reach more people. The team is amazing, and I’m thrilled with the progress we are making together.

Two years ago our family relocated to Brisbane. It was the most disruptive and difficult experience of our lives. But now, two years in, we’re finally feeling like we’re settled. This is a massive win for us.

At the start of 2016 Kylie and I realised we needed to invest more into our own relationship but with 6 kids and so much going on we didn’t know what to do. We had the idea of a quarterly getaway for recalibration and planning, and we had one! In 2017 we tried again and had one. Hmmm. In 2018 we got it right. We took four 2-night getaways and used them well to reconnect, recalibrate, plan, and review our family goals and systems. This has been revolutionary for us.

For both personal and professional development I love to read. I’m an avid reader… and this year I read 44 books from cover to cover with the aforementioned Atomic Habits by James Clear one of the stand outs. I also highly recommend  The Barefoot Investor for Families by Scott Pape,  The Secrets of Happy Families by Bruce Feiler, Beauty Sick by Renee Engeln, Food Rules by Michael Pollan and Age of Opportunity by Laurence Steinberg.

What didn't go so well

Ok, so let’s not gloss over the less positive things this year.

I have not done well with writing my next book. In fact, I’m failing badly. I’ve extended the deadline on my book from June to September to November, and it currently doesn’t have a deadline because the publisher doesn’t know what to do with me! This is such an important book. It’s around half finished, but I have to prioritise my writing.

Exercise has been another area I have not prioritised enough. I exercised 197 days and rode or ran 5138 kms. That’s about 500kms less than the previous year.

Most concerning, however, is the incredible lack of personal records on Strava. They’re generous in the way they measure PR’s, and in 2018 I hit 723 PR’s. (As a comparison, in 2017 I hit 1025 PR’s.) It goes to show what a difference just an extra ride each week will do.

As the parenting and family expert I have to confess that there’s room for improvement here. With all of my travel and speaking and writing about making families happier, I have found it hard to be present and actually implement the stuff I talk about. We simply haven’t had the time together that I value, and I haven’t always been the compassionate, caring dad my kids (and my wife) deserve.

In addition, I’ve struggled with some choices one of my children has been making and have said and done a number of things that I would take back in an instant if that were possible. While I have worked hard to make amends and improve that relationship, I’m still not satisfied with where things are at between us. The way I’ve been, particularly with that child, has not been consistent with what I know, what I write, and what I speak about. This is a public acknowledgement that getting family stuff right is hard – both in terms of the way we interact with each other and the amount of time we spend together. And I feel an urgent need to improve.

I’m not going to disclose my financial situation, but I am going to emphasise that there is a lot of room for improvement. In 2019 we have a plan. I look forward to reporting on how well we implement that plan in 12 months.

Kylie and I work hard to give, donate, serve, and otherwise help as much as we can. Yet… we feel like we have been given so much and we’d like to give more. This year I want to find a charity partner that I can work with to improve the lives of other people even more.

In my family life, the hard times we’ve experienced have emphasised to me just how much relationships matter. I’ve let my book deadlines lapse because of the things that matter more: my relationships with my family and our wellbeing. Books do matter. But not as much as family.

I know there are a billion memes out there emphasising how real the struggle is with kids. And they’re true. Yet as I consider the challenges I’ve had with one of my kids over the past year, it has only taught me to find joy in my kids even more. I cherish them, and this year has been the year that I’ve loved being a dad to these six girls in heart-burstingly awesome ways.

Currency – for me – is helping people

We all want to be well paid, and with six kids there’s plenty of financial pressure. I’m fortunate to have enough for my needs (although my needs keep increasing!), but what really lights me up – deeply – are those emails, stories, and updates from people where I’ve said, written, or done something and it’s changed their lives. The Goalcast episode that 35 million plus people saw, the comments of appreciation, the emails, Facebook messages, and more that come to me from someone who read my book and life improved for them… that’s it for me. That’s my currency. Plain and simple.

As we’ve faced challenges in our relationships this past year, particularly with one of our daughters, I have developed a far deeper sense of the pain and struggle that other parents experience with their kids. While we’ve had plenty of challenges over the years and they’ve all contributed to my education, the way I feel I can respond to parents who fear or are in pain has changed markedly. It’s been a painful lesson to learn, but one I’m grateful for.

The need to say No

This is hard for me because I love helping… but often I say yes to helping which takes me away from other work that will help more people. Every time I say yes to something, I’m saying no to everything else. 2019 is the year I’m going to be more judicious in my “Yes” responses – which will break my heart at times, I’m sure – as we try to take my business and my influence/reach to a whole new level.