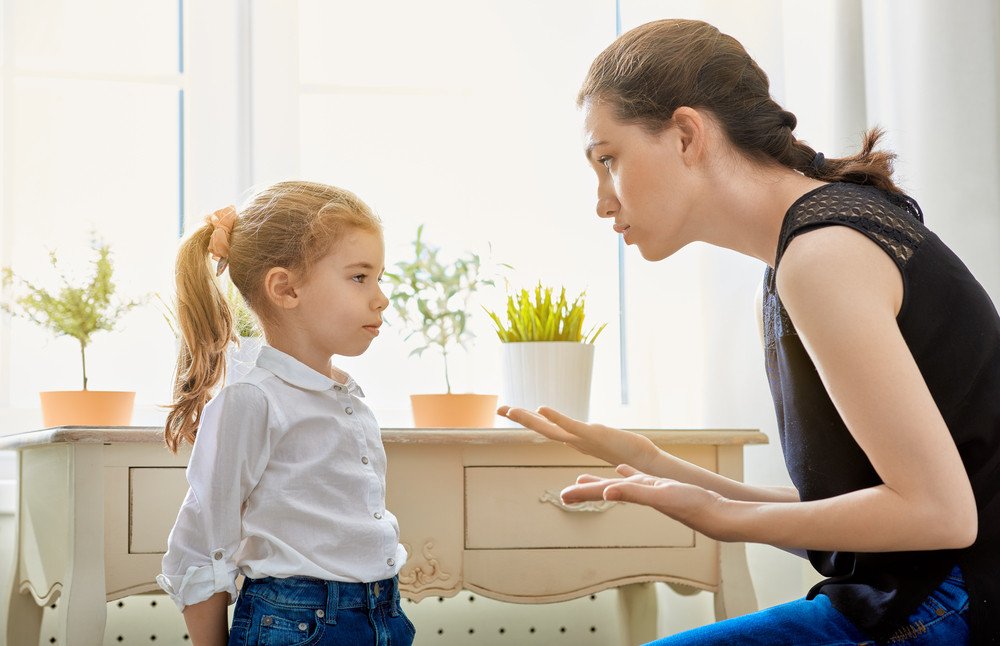 Kids push boundaries. It’s normal. It’s appropriate. It’s a pain! But let me ask you a question. Do we want to avoid power struggles?
Power struggles are important markers of our children’s development and growing independence. It is what they’re supposed to do.

Whose fault is it anyway?

As parents, we are in a position of power for the first 12 years (or thereabouts) of our children’s lives, and most of us use that power to our advantage. We punish behaviour we don’t like by smacking, removing privileges, and other nasties. We reward behaviour we do like with treats and rewards. We ‘manage’ our children with what psychologists call external contingencies.

But external contingencies (punishments and rewards) – or behaviour management – can prevent our children from internalising why something is right or wrong. They stick to the rules and limits because of what’s going on outside of them, rather than inside. In other words, we’re managing their behaviour. They’re not.

Ideally, we want our kids to stick within the boundaries whether we are around to enforce those boundaries or not. But when we carry a big stick, we promote compliance and obedience only when we’re around – or when we might find out what happened later. If the kids know we’ll never find out what they did, they’ll push the limits… unless the limits are inside them. Again, while we are managing their behaviour, the limits are in us and our power rather than in them.

Here are five ways to change the power balance in your relationships with your children and get the limits inside them:

Children who grow up in homes where parents have good discipline and good habits will generally follow their parent’s examples. Parents who speak softly often have soft-spoken children. Parents who are fit and healthy generally have healthy, fit children. Our children see us as models, and follow our examples.

This seems a strange thing to say, but it has remarkable power in it. When your teenager comes to you with a request that you allow her and her friends to have a party at your home – and to allow the other kids to bring alcohol – tell her you’re fine with that if she can prove to you that it’s a reasonable request.

First, that is not proof of a reasonable request. She’s asking you to break the law. So she needs to do better than that! But further, you can reply that recent research shows most teens don’t want to drink, and send her to this survey.

You’ll be given some other excuses that demonstrate that your daughter has limited awareness of the law in relation to underage drinking, how adolescent brains are affected by alcohol consumption, and how adolescents (and most adults) have difficulties assessing risky situations when under the influence.

As your daughter goes through the process of trying to convince you that it will be ok, the evidence she discovers will convict her of the fallacy she’s bought into. While she may not like it, and may not admit it, she will have internalised the arguments you want her to understand, and she’ll have done so without YOU having to do the arguing. (These conversations are draining and can continue for a week or two, but they are powerful for having our teens internalise our values.).

Let’s flip around the previous scenario a little bit. Your teenage son wants to go to a party. There will be alcohol. You know it because you weren’t born yesterday. It’s not a friendly get together with a handful of friends. It’s a ‘party’ with dozens of teens, a poorly lit backyard, and limited adult supervision – oh, and it was shared all over social media, so there will likely be a few extra visitors as well.

In this situation, you might have a conversation about expectations, and agree that he can attend the party so long as you can personally pick him up at an agreed time. Your son gets the party privilege, and you can feel good that you’re keeping him safe and accountable. Perhaps you’ll negotiate another solution – it doesn’t have to be that one. What matters is that you agree to do things he wants, but in ways you feel good about, and if you don’t feel good, you negotiate until you do feel good.

This may be the toughest and most ‘advanced’ response to power struggles. The more you try and use your power to force an issue, the more you raise the stakes. Teenagers who are trying to form their own identity, separate from us as parents, and be seen as independent young ‘adults’ naturally push against power, attempting to assert their own. So when you start throwing your weight around, via threats, punishments, or even rewards, they feel almost compelled to resist us.

How do you make it ‘not’ about power?.

Tell them you trust them, you have faith in their ability to make good decisions, and you want them to grow to be responsible..

Tell them you’re deferring the situation to them, but you’d like them to discuss it with you. Then, instead of rejecting their choices, ask them to help you understand why they’ve made their decisions. Probing, careful questions, combined with logic and patience and love remove power and allow ‘adult’ conversations around decision making and limits.

Depending on the age of your child and what they want to do, ‘no’ might be the only appropriate answer. But even in these circumstances, minimising our emphasis on power and using reason and logic will generally bring out the best results – because these habits emphasise internalisation rather than compliance due to extrinsic contingencies.

There is great irony in our use of power. The more we have to show we have the power to shore up our position, the less power we really have. When our teens are pushing us and we use our power to defend our position, we actually lose power to them. Counter-intuitively our demands for compliance indicate our powerlessness. We are out of control, and we show our desperation to cling to that power by using force. We have the most power when we don’t have to use it, but instead, encourage and empower our children to make decisions for themselves.