I am not your friend. I am your parent 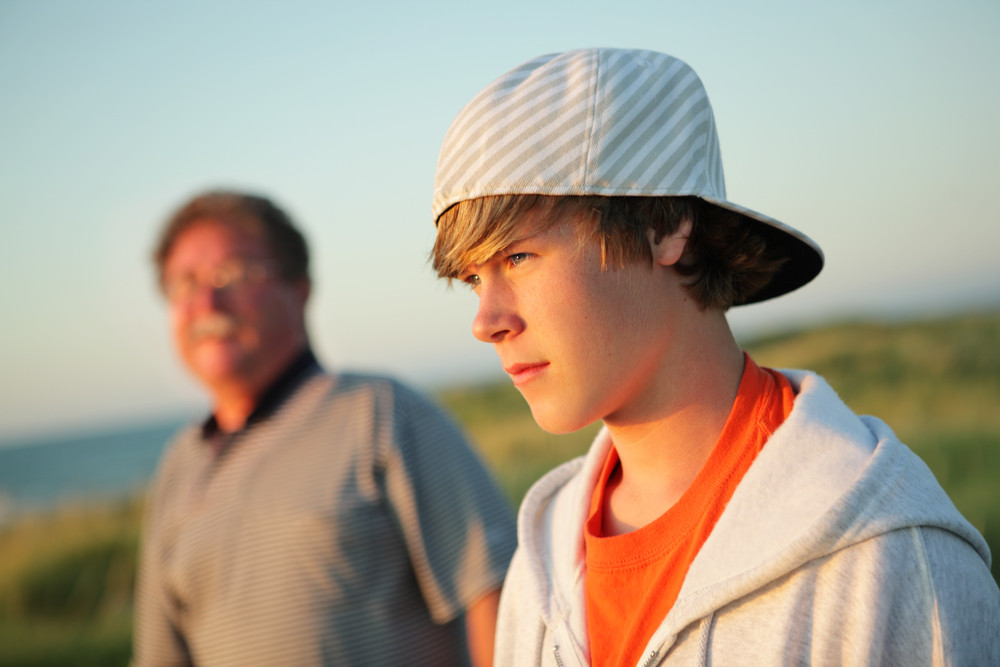 One of the “central developmental tasks” of adolescence is for a teenager to forge an independent identity. In other words, during the teenage years our kids have to figure out who they really are. While they’re doing this ‘figuring out’, they generally start to separate themselves from their parents, and as part of that process they also start to argue with their parents a whole lot more than they once did.

I am not your friend. I am your parent

During this period of conflict and separation (which usually starts around age 12-14), some parents try and stamp the rebellion out of their teens by using their authority and power as parents.

Other parents take a softer route, by looking for ways they can preserve the relationship by being their child’s friend.

Rachael’s 16 year-old daughter knew her mum was smoking pot. She figured that meant it was ok for her to try it too. When Rachael found out, she saw nothing wrong with it and figured it would be some great ‘bonding’ time for her and her daughter. She became her daughter’s ‘bong-buddy’.

Georgia was tired of the conflict she had with her 13 year-old, Savannah. She started saying ‘yes’ to everything, simply to avoid fights. She agreed to a smartphone, a tablet, weekend parties, clothes shopping, and more. ‘Yes’ simply seemed easier, and her relationship with Savannah improved while ever Savannah got what she wanted.

Sabine and Luke separated and were sorting out a divorce. Their eldest son, James (aged 15), was spending time at both his parents’ homes in a shared-care arrangement. At various times both parents made some detailed disclosures to James, treating him like a confidant, or friend. They discussed relationship challenges, financial issues, and personal problems.

What are the risks?

Treating our children like friends can sometimes get us short-term brownie points. As long as they don’t see our attempts at friendship in a cynical way, they’ll think we’re ‘way cool’.

But research tells us that being ‘friends’ can make the relationship challenging if we feel a need to enforce limits or standards. The egalitarian nature of these friendships can undermine authority at times when parents feel a need to assert themselves as ‘the parent’.

Additionally, when we treat our children as confidants, research suggests that the child may feel burdened rather than trusted and important. Another study showed that children whose parents disclosed personal things were more likely to experience psychological distress than those who did not experience such disclosure.

In short, teens don’t need us to be their friends. They need something entirely different from us – and ironically, it is this ‘something else’ that will actually make our relationships stronger, and ultimately friendlier.

What do our teenagers need?

Parenting and adolescent research presents a compelling case that parents do not exist to be their children’s friend. They generally have enough peers. And let’s face it – if your teenager came home to tell you that their new best friend was 46 years old, you’d probably be a little concerned!

What our teenagers need from us is:

As parents we have more experience, more wisdom, and (hopefully) better judgement than our teens. It is because of these issues that an egalitarian type of friendship is generally not effective for our children.

But a good, strong, respectful, and trusting relationship that is warm and friendly is the kind of friendship they need from us. A parent creates this type of friendship by recognising that her child has a mind of his own, and who talks with him about what he wants. The parent shares aspects of his or her experience too – but not the types of things that promote uncertainty or distress.

Relationships that are based on trust, appropriate disclosure, and respect are still friendships, regardless of whether they are egalitarian or not. Our children need these kinds of relationships with us. But there are limits to the friendship. We need to be able to exercise authority from time to time. And we need to know what information to share, and what to hold on to.

Are we meant to be friends with our children? That depends on how you define friend. The terms ‘parent’ and ‘friend’ do not have to be mutually exclusive. But we are always a parent first – and when we are, our children are more likely to grow up well.