Discipline is NOT about hurting – or hitting – your kids 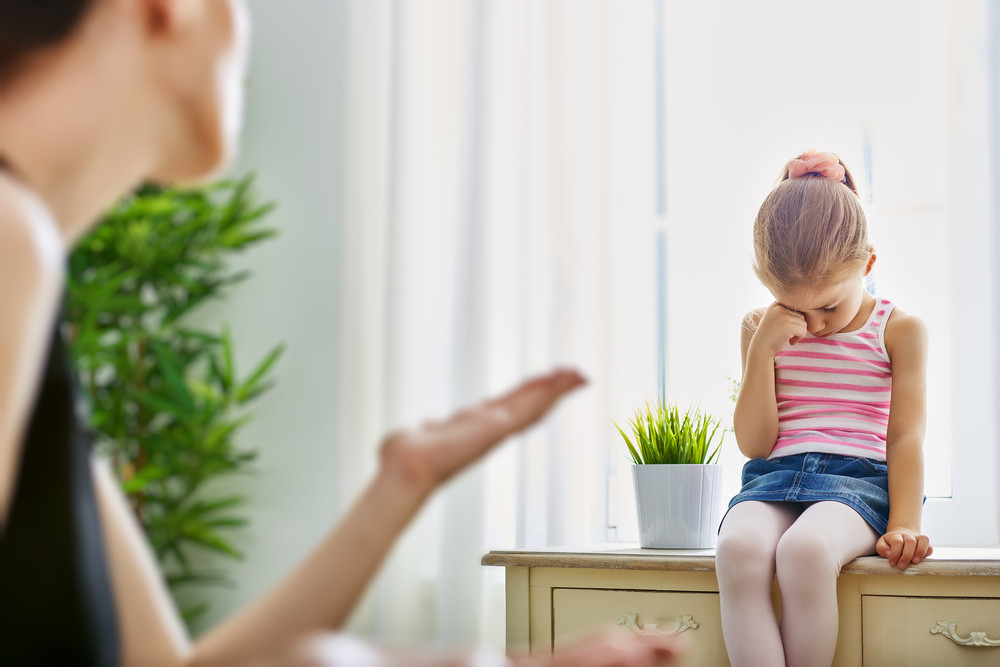 Some months ago I wrote a blog for kidspot highlighting seven reasons Australia is wrong about smacking kids. The blog attracted an enormous amount of commentary, with some parents agreeing with my points, and the majority of parents taking enormous offense that I would be so bold as to say “Stop smacking your kids! It’s bad for them!”

A little-known psychological fact is that arguing with a person rarely changes their mind. The more we contend over an issue, the stronger each party builds its defenses, and the less able to hear and consider the other side’s argument they become. So it is with great trepidation that I have decided to try again. I recognise that the 90% or more of Australian parents who think smacking is ok will probably not bother reading what I say, or that if they do, they’ll do so, all the while preparing their arguments for how misguided I am.

Or they’ll say things like “I was smacked as a kid and I turned out alright”. The thing is… we’ll never know if we turned out alright or not. Maybe we did turn out alright. But are we as ‘alright’ as we might have been had we not been smacked?

My last article described research into the effects of smacking on our children. I’ll revisit them quickly:

Smacking kids impacts on their cognitive development. Note that this does not indicate that children who are smacked cannot have a high IQ. It simply indicates that intelligence is affected negatively because (it is hypothesised) that the smacking increases stress hormones and reduces our capacity to concentrate on learning, and retain learned content.

In fact, university students who were smacked by their parents when young are significantly more likely to be lawbreakers as they get older.

The irony here is that smacking is usually done to help children be ‘law-abiding’ and follow rules. The opposite effect seems to occur.

There is a link between smacking and substance abuse – that is probably because smacking increases anti-social behaviour, which is very strongly related to substance abuse.

Anti-social behaviour has been linked with mental illness, as has substance abuse. And what is the common denominator? Smacking.

But even without those difficulties, smacking in and of itself has been linked with mental illness. It’s a simple fact that kids who are smacked, even when it’s not abusive or over-the-top, are at greater risk of depression, anxiety, and stress. In fact, the researchers (in this and other studies) point out that spanking that is well short of abuse is associated with a higher prevalence of all of the challenges I’ve highlighted above, reducing our children’s wellbeing.

The American Psychological Association makes it clear: our children are under ‘serious risk’ if we continue to smack them.

Murray Straus, the founder and co-director of the Family Research Lab, has written a book citing over 40 years of research involving thousands of participants in over 30 countries and the verdict is in:

“More than 100 studies have detailed these side effects of spanking, with more than 90 percent agreement among them. There is probably no other aspect of parenting and child behaviour where the results are so consistent.”

Research shows that aside from short-term compliance there are no positive outcomes from smacking our kids. Zero. Nada. Nil. Zilch. It doesn’t work to teach our children anything positive.

Does this mean that every child who is hit will take drugs, be violent, be involved in criminal activity, or have mental health problems?

Every person who smokes cigarettes doesn’t develop lung cancer or heart disease. Every person who has a car accident while not wearing a seatbelt isn’t going to die or even be seriously injured. We hear of miraculous escapes from time to time.

However, we KNOW that the risks are enormous. So we teach our children not to smoke, and to wear their seatbelts. In fact, we have nationwide public health awareness programs to highlight the dangers of smoking or failure to buckle-up.

It may be true in some cases that in a loving and stable family environment that some children who are smacked will be ok. But we don’t effectively point out the risks associated with smacking kids and so Australia’s parents don’t discipline their children based on research findings. If they did, kids would not be smacked.

In my previous blog, some people commented that the research is inconclusive or poorly done (both of which are incorrect, although there are some difficulties with some of the research), and that my bias was showing through too strongly. So let me acknowledge my bias in the following six points:

First, I’m a regular dad who happens to know lots about the science of parenting. But with six of my own kids, I’m far from perfect and there have been times (not for a long time, mind you) where I’ve failed my kids and smacked them. I’ve heard the arguments about the careful, intentional parent who smacks but never in anger. It’s not been the case in my experience.

Let me add, I actually think that a cold, calculating smack may be worse than one given in frustration. The kids learn that when you’re really upset you cool off and then get your revenge. I fail to see how that makes it better.

Second, as I talk to parents who don’t want to smack, many confess that they only did it once or twice initially, but that over time it became their standard response to difficult behaviour. If the kids were challenging, they’d simply threaten, “Stop it or I’ll come over there and whack you.” Once smacking becomes the default, which it easily can, we’re increasing the risks for our children instantly. Many parents also indicate that their smacking escalated over time.

Third, smacking kids leaves everyone feeling lousy. Rare (and concerning) is the parent who feels like a champion after hitting their child. And children are hardly wanting to hug their parents after being hit.

Fourth, it’s not ok to hit someone who upsets you. Domestic violence is a gaol-able offence. If I hit you – an adult – on the street, even with an open palm, because you upset me I can be charged with assault. Yet we seem to feel it’s acceptable to hit a child that is a quarter or a fifth of our weight, and a third of our size. If a Year 6 child hit our kindergarten child we would be ropable. Yet it’s somehow ok for an adult to whack a toddler.

Fifth, some people will argue that you can’t reason with young children and so therefore hitting is the only way to teach them. Aside from the fact that it doesn’t teach them anything worthwhile, this logic is flawed. By this reasoning we should be hitting intellectually disabled people, and elderly people suffering from cognitive degenerative disease. This is offensive and we recoil from the idea. Yet the argument persists.

Sixth, ultimately discipline is not about punishment. Discipline is about teaching good ways to act. Smacking only teaches inappropriate and aggressive ways to act. It doesn’t teach anything constructive.

What to do instead

There are so many more effective ways to discipline (teach) our children than to smack. Ultimately parents use smacking because a) they think it works, contrary to all scientific evidence and the experience of most of us, b) it’s quick, and requires no skill, thought, perspective, compassion, or effort, and c) in some cases it’s all some people know.

The best discipline occurs when our children are open to being taught. This is least likely to be seen where smacking is the standard, and most likely to be seen when a strong and affectionate bond exists between parent and child, where communication and trust are high, and when parents teach their children (through example and conversation) values around empathy, understanding, responsibility, and kindness.

How do we do this?

We take time to teach. We ask questions. We listen. We stay in touch with what our children are up to. We set boundaries. We emphasise discipline (teaching and problem solving) over punishment.

It is this approach, rather than a punitive, aggressive approach, that keeps kids out of trouble, builds resilience, and protects children.

Some argue that if more kids were given a good whack now and then, we would have more respect among the youth of today. Research suggests otherwise. Respectful parenting creates children who are respectful.